8 Ways To Make Your Message Matter

Storytelling is a great way to communicate complicated things simply. Science and technology are two areas you need to simplify, simplify, simplify, to make your message matter to your audience. They’re not stupid – they’re just not into the details. They might have other priorities or a different focus...

Storytelling is a great way to communicate complicated things simply. Science and technology are two areas you need to simplify, simplify, simplify, to make your message matter to your audience. They’re not stupid – they’re just not into the details. They might have other priorities or a different focus to yours.

I took physics as a chosen subject at school. Why? I have no idea. I was never going to be a physicist. I’d pore over my thick yellow covered textbook wrinkling my brow hoping the information on the page would be beamed in.  It read like blah, blah refraction, blah blah spectrum analyser, blah blah galvanometer, blah blah oscilloscope….

It was as nerdy a text as you’ll ever meet. Dry intellectual sleep inducing waffle.

Why does anyone give a hoot about these things? I wondered.

One day I had an idea.

My brother was studying in the bedroom next door to mine. I trotted across the hall, knocked on his door and soon he appeared in the doorway.

Hey, Bill, could you tell me what this instrument is for? Who would use it and why?

Bill is younger than me and was fascinated by physics. These gadgets and concepts meant something to him.

Responding to my cries for help Bill began to create a context for the blurb I was wading through.

He made up little stories about who might use a spectrum analyser or an oscilloscope.  What problem they might want to solve. Why they would use it.  What it would tell them and why that was important.

I listened to these anecdotes creating a mental picture of each gadget and the place it would be useful.

Each insight enabled me to see and understand more clearly.

I even came to enjoy physics. The story would be really cool if I told you I went on to become an astronaut.  I didn’t.  But I did succeed in my physics exams.

However, I learned about the importance of creating a context for complex information and communicating it in a way that enables people to create pictures that are meaningful to them.  They need to understand why something matters – in a way that makes sense to them.

Storytelling is a great way to communicate complicated things simply.

Science and technology are two areas you need to simplify, simplify, simplify, to make your message matter to your audience. They’re not stupid – they’re just not into the details. They might have other priorities or a different focus to yours.

Simplification often goes against the grain because having deep intellectual knowledge is valued within the science and technology communities.  But when you want people to understand,  you need to make your message meaningful in their world.

Understanding what’s important to them is the first step.

Most people won’t ask you challenging questions. They might feel embarrassed they don’t understand or find it boring and consider it irrelevant because it makes no sense to them.

But imagine the kinds of questions they might ask if they really wanted to know.  Answer those upfront – and build a story to capture their attention.

1. Make it matter to the other person (or group) – consider what would be meaningful and make sense in their world.
2. Use stories to paint pictures so they can see what you mean (60% of people use their visual sense the most to grasp information).
3. Visual doesn’t mean show them a load of slides that’s just blah, blah in full technicolour.  Slides don’t help people create mental pictures like stories do.
4. Don’t regard them as stupid or inferior, instead recognize they’re busy and have different priorities to you.
5. You’re smart – we know that – so you don’t need to bamboozle folk to prove it.  Focus on helping them understand.
6. Never use jargon. Why? Because all they’ll hear again is blah, blah, blah and it damages your credibility.
7. Take ownership of their understanding.  If they don’t ‘get’ it – then you haven’t sent it in the right packaging.
8. Remember that when you explain things simply and people understand, they’ll think you’re super-clever.

Try these simple tips to get make your message meaningful to people so that what you’re saying matters to them.

Claire Taylor is co-founder of The Story Mill – a business that creates innovative programmes to support organisations to make their brands more human and foster a culture of authenticity and innovation. We run engaging storytelling workshops including: Storytelling in Leadership, Influencing, Branding, Strategy, Culture and Innovation.Claire is a Corporate Storyteller, Coach, Consultant, Trainer and Author of The Tao of Storytelling.

Want to be inspired with new stories, tips and advice?

10 Stories You Can Tell To Build Your Business Culture 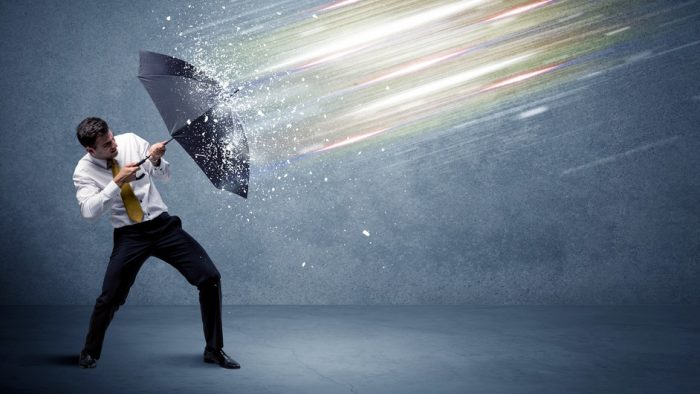 Does Your Organisation Have A ‘Cover Your Backside’ Culture?

By ClaireTaylor on 1st August 2016

How To Unleash Your Brilliance

Are you curious to explore how business storytelling could help you or perhaps you have a project in mind already? Either way, drop us a message below and we’ll get back to you shortly.

Fill in as much information as you can and we'll get back to you ASAP.

Send this to a friend
This site uses cookies: Find out more.